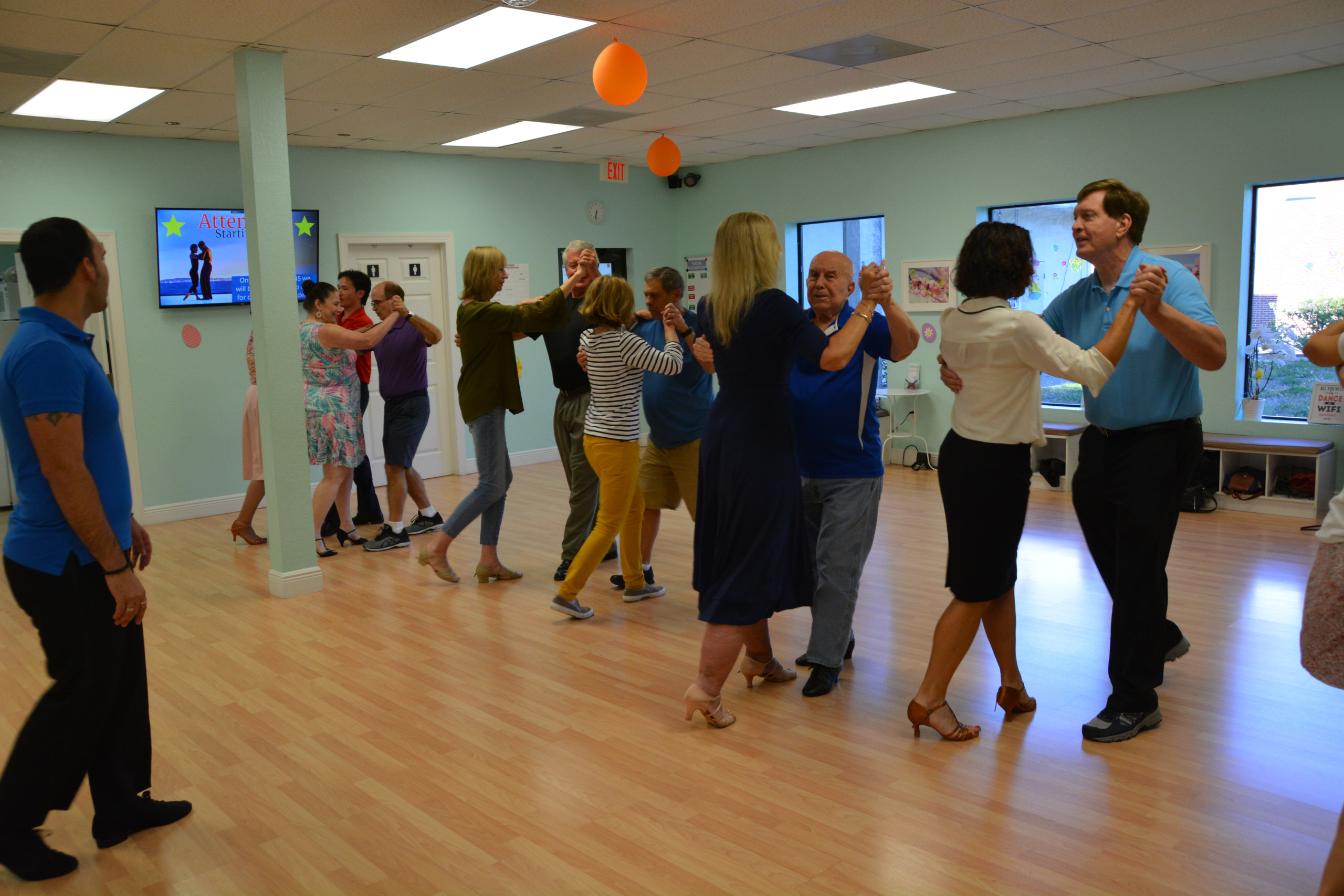 Ballroom dancing is a world of class, tradition, and passion. There is a great history behind ballroom dancing, both competitively and socially speaking. “Ball” is derived from the Latin word “ballare” which means “to dance.” Modern ballroom dancing is comprised of the “International” and “American” dance styles. Those dances are foxtrot, viennese waltz, waltz, tango, quickstep, cha-cha, rumba, swing, bolero, and mambo. These dances are famous all over the world, and they are not only performed in social gatherings, but in competitions as well.

Ballroom dancing traces its origins to the early 20th century, when the Western establishments were developing the art of ballroom dancing. The world’s leading board for ballroom dance examinations, the Imperial Society of Teachers of Dancing (ISTD), was established in 1904. There were some notable people who were instrumental in the development and promotion of modern ballroom dance including Josephine Bradley: the ‘First Lady’ and world class champion of ballroom dance, GK Anderson: who founded the English style, Lady Humphries: who helped establish the Modern Ballroom Dance Faculty of the Imperial Society, and Alex Moore: who contributed to the writing of Technique of Ballroom Dancing.

The dance moves in modern ballroom dancing have now been standardized, and presently, a dancer needs to pass several levels to be considered a master of ballroom dance. This is because ballroom dances are intricate, and they contain specific techniques, tempos, vocabularies, and rhythms, which take time to learn. Although every ballroom dance style has its own particular aesthetics and rhythms, they still have a commonality that makes them somewhat similar. One commonality is that they are all performed by a pair of dancers and are all danced in “closed hold”. In the closed hold dances the couples are required to maintain five areas of contact with each other: the man’s left hand holding the woman’s right hand, the woman’s left elbow resting on the man’s right elbow, the woman’s left hand on the right upper arm of the man, the man’s right hand on the woman’s shoulder, and the right parts of their chests touching.

The Waltz follows a slow rhythm, and it is danced to about 30 bars or 90 beats per minute. Usually, one step is taken for every beat, or three steps for every measure. Despite having a slow tempo, the waltz can have advanced figures that may require six steps per measure, which may be complemented with various turns. In Dancesport competitions, the waltz features as the first singles dance in the standard category. It was previously called slow waltz.

Tango is a ballroom dance that originated from Argentina. There are two broad styles of modern day ballroom tango, which are the American Style and the International Style. Even though both styles are very popular, the International style is preferred in dance competitions. The American style, on the other hand, gives the dancers more freedom, whereby open moves such as alternate hand holds, underarm turns, and side-by-side choreography can be executed.

Viennese Waltz, or the Wiener Walzer in German, is another version of ballroom waltz. It incorporates various types of rotary dance moves which include turning in clockwise and counter-clockwise directions. When performing these moves, dancers execute non-rotating change steps.

Foxtrot is a ballroom dance that was popularized by actor Harry Fox. Foxtrot was originally performed to big band music. However, after the release of the song “Rock Around the Clock” during the 1950s, foxtrot became synonymous with rock and roll music. In the years that followed, it was split into two forms, namely, the slow foxtrot, which is now referred to as foxtrot, and the fast foxtrot, which is now called quickstep.

Quickstep is a ballroom dance which is similar to foxtrot, but the dance patterns are very different. The patterns in quickstep have an extra half measure as well as multiples of measure, and the time beat that is usually followed is 2/4 or 4/4. Since quickstep was developed for jazz music, the tempo of the dance is quite fast.